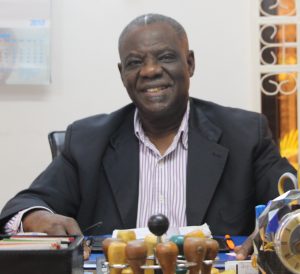 Alaba Shonibare is the Chairman of Alaba Shonibare & Co and has developed the business into a cross-border property development and holding company. Prior to his current position, he was Director of Projects of Shonny Investment Property Company Limited (SIPC), the land holding company of Shonibare Estate, and in that time he ensured that Shonibare Estate retained its position as a premier residence of choice in Lagos, Nigeria. Alaba has sat on several boards including the Chairmanship of Wemabod Estate (2003 – 2007), one of the biggest property development and holding company’s in Nigeria. He has also been a Director and Governor of Grange School for over 35 years. As Chairman of the Governing Council he oversaw the transformation of Grange School from a Primary School to a Junior Secondary School offering IGCSEs Cambridge Board of Education.

In his capacity as Chairman of Alaba Shonibare & Co, he coordinates the development and management of all our offshore assets in the sub-Saharan Africa region, the United Kingdom and the United States of America.
Alaba is a qualified lawyer and was admitted to the Nigerian Bar in 1978. 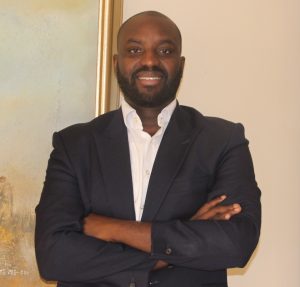 Simi Shonibare is an Executive Director at Alaba Shonibare & Co and he is commercial lawyer with broad-based cross-border transaction experience. He has significant legal and business experience, including corporate finance, project finance, property finance and mergers & acquisitions having worked at Aluko & Oyebode and at various in-house roles including the Bank of Industry, Citi and Goldman Sachs. Simi holds an LLB from the University of Essex, completed the LPC at BPP Law School in London, United Kingdom and is admitted to the Nigerian Bar.

Simi’s primary role at Alaba Shonibare & Co is business development, broker and manager of real estate assets in the sub-Saharan Africa region and the United Kingdom.